December 8, 2022
What Genesis 1 Says About Work
By Seed Team 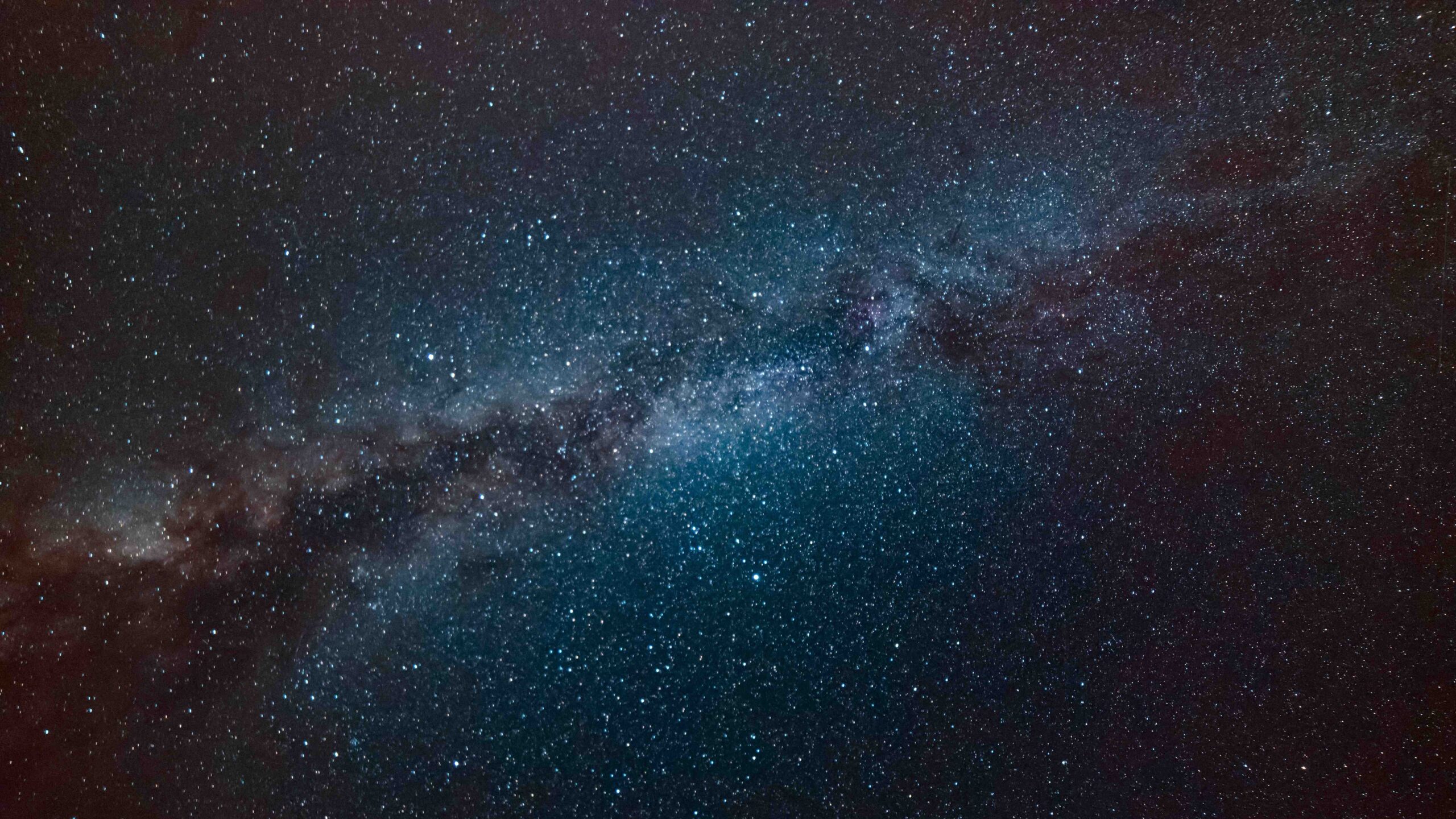 — THEOLOGY OF WORK – By The Faith Driven Entrepreneur

We are excited to share with you some of the great content from the folks Theology of Work, as originally published on their website. TOW Project resources are meant to be both theologically rigorous and genuinely practical. They are committed to bringing the Bible into the lived experience of work in every sphere of society.

The book of Genesis is the foundation for the theology of work. Any discussion of work in biblical perspective eventually finds itself grounded on passages in this book. Genesis is incomparably significant for the theology of work because it tells the story of God’s work of creation, the first work of all and the prototype for all work that follows. God is not dreaming an illusion but creating a reality. The created universe that God brings into existence then provides the material of human work—space, time, matter and energy. Within the created universe, God is present in relationship with his creatures and especially with people. Laboring in God’s image, we work in creation, on creation, with creation and—if we work as God intends—for creation.

In Genesis we see God at work, and we learn how God intends us to work. We both obey and disobey God in our work, and we discover that God is at work in both our obedience and disobedience. The other sixty-five books of the Bible each have their own unique contributions to add to the theology of work. Yet they all spring from the source found here, in Genesis, the first book of the Bible.

The first thing the Bible tells us is that God is a creator. “In the beginning God created the heavens and the earth” (Gen. 1:1, NRSV alternate reading). God speaks and things come into being that were not there before, beginning with the universe itself. Creation is solely an act of God. It is not an accident, a mistake, or the product of an inferior deity, but the self-expression of God.

GOD BRINGS THE MATERIAL WORLD INTO BEING (GENESIS 1:2)

Any theology of work must begin with a theology of creation. Do we regard the material world, the stuff we work with, as God’s first-rate stuff, imbued with lasting value? Or do we dismiss it as a temporary job site, a testing ground, a sinking ship from which we must escape to get to God’s true location in an immaterial “heaven.” Genesis argues against any notion that the material world is any less important to God than the spiritual world. Or putting it more precisely, in Genesis there is no sharp distinction between the material and the spiritual. The ruah of God in Genesis 1:2 is simultaneously “breath,” “wind,” and “spirit” (see footnote b in the NRSV or compare NRSV, NASB, NIV, and KJV). “The heavens and the earth” (Gen. 1:1; 2:1) are not two separate realms, but a Hebrew figure of speech meaning “the universe”[1] in the same way that the English phrase “kith and kin” means “relatives.”

Most significantly, the Bible ends where it begins—on earth. Humanity does not depart the earth to join God in heaven. Instead, God perfects his kingdom on earth and calls into being “the holy city, the new Jerusalem, coming down out of heaven from God” (Rev. 21:2). God’s dwelling with humanity is here, in the renewed creation. “See, the home of God is among mortals” (Rev. 21:3). This is why Jesus told his disciples to pray in the words, “Your kingdom come. Your will be done, on earth as it is in heaven” (Matt. 6:10). During the time between Genesis 2 and Revelation 21, the earth is corrupted, broken, out of kilter, and filled with people and forces that work against God’s purposes. (More on this in Genesis 3 and following.) Not everything in the world goes according to God’s design. But the world is still God’s creation, which he calls “good.” (For more on the new heaven and new earth, see “Revelation 17-22” in Revelation and Work.)

Many Christians, who work mostly with material objects, say it seems that their work matters less to the church—and even to God—than work centering on people, ideas, or religion. A sermon praising good work is more likely to use the example of a missionary, social worker, or teacher than a miner, auto mechanic, or chemist. Fellow Christians are more likely to recognize a call to become a minister or doctor than a call to become an inventory manager or sculptor. But does this have any biblical basis? Leaving aside the fact that working with people is working with material objects, it is wise to remember that God gave people the tasks both of working with people (Gen. 2:18) and working with things (Gen. 2:15). God seems to take the creation very seriously indeed.

Creating a world is work. In Genesis 1 the power of God’s work is undeniable. God speaks worlds into existence, and step by step we see the primordial example of the right use of power. Note the order of creation. The first three of God’s creative acts separate the formless chaos into realms of heavens (or sky), water, and land. On day one, God creates light and separates it from darkness, forming day and night (Gen. 1:3-5). On day two, he separates the waters and creates the sky (Gen. 1:6-8). On the first part of day three, he separates dry land from the sea (Gen. 1:9-10). All are essential to the survival of what follows. Next, God begins filling the realms he has created. On the remainder of day three, he creates plant life (Gen. 1:11-13). On day four he creates the sun, moon, and stars (Gen. 1:14-19) in the sky. The terms “greater light” and “lesser light” are used rather than the names “sun” and “moon,” thus discouraging the worship of these created objects and reminding us that we are still in danger of worshiping the creation instead of the Creator. The lights are beautiful in themselves and also essential for plant life, with its need for sunshine, nighttime, and seasons. On day five, God fills the water and sky with fish and birds that could not have survived without the plant life created earlier (Gen. 1:20-23). Finally, on day six, he creates the animals (Gen. 1:24-25) and—the apex of creation—humanity to populate the land (Gen. 1:26-31).[2]

In chapter 1, God accomplishes all his work by speaking. “God said…” and everything happened. This lets us know that God’s power is more than sufficient to create and maintain the creation. We need not worry that God is running out of gas or that the creation is in a precarious state of existence. God’s creation is robust, its existence secure. God does not need help from anyone or anything to create or maintain the world. No battle with the forces of chaos threatens to undo the creation. Later, when God chooses to share creative responsibility with human beings, we know that this is God’s choice, not a necessity. Whatever people may do to mar the creation or render the earth unfit for life’s fullness, God has infinitely greater power to redeem and restore.

The display of God’s infinite power in the text does not mean that God’s creation is not work, any more than writing a computer program or acting in a play is not work. If the transcendent majesty of God’s work in Genesis 1 nonetheless tempts us to think it is not actually work, Genesis 2 leaves us no doubt. God works immanently with his hands to sculpt human bodies (Gen. 2:7, 21), dig a garden (Gen. 2:8), plant an orchard (Gen. 2:9), and—a bit later—tailor “garments of skin” (Gen. 3:21). These are only the beginnings of God’s physical work in a Bible full of divine labor.[3]

Image by Hristo on Pexels

Our desire was to create a community/organisation that helps people work out how to bring redemptive change by developing ideas and initiatives that more fully embodied the good news of Jesus beyond the walls of the church.
← Prev: A Problem To Solve Next: Seed Stories - Julie Somerville →